Shares of Axel Springer SE (FRA:SPR) have been given a consensus recommendation of “Hold” by the thirteen ratings firms that are presently covering the company, MarketBeat.com reports. Two research analysts have rated the stock with a sell recommendation, nine have assigned a hold recommendation and two have given a buy recommendation to the company. The average twelve-month target price among brokerages that have issued ratings on the stock in the last year is €60.16 ($69.96).

Axel Springer SE operates as a publishing company primarily in Europe and the United States. The company operates through three segments: Classifieds Media, News Media, and Marketing Media. The Classifieds Media segment operates a portfolio of online classified portals in the areas of real estate, jobs, cars, and general. 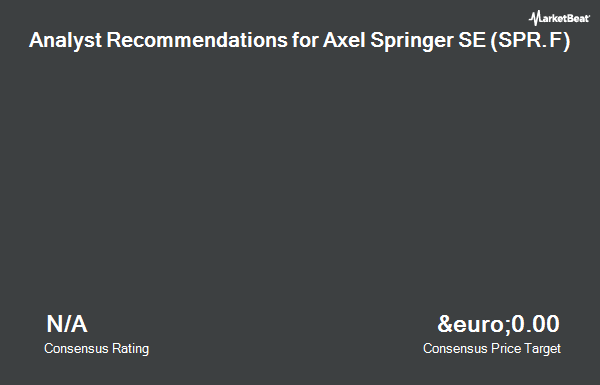