Several research firms have recently issued reports on GTT. Cowen cut GTT Communications from an “outperform” rating to a “market perform” rating and set a $10.00 price objective for the company. in a research report on Monday, November 25th. ValuEngine raised GTT Communications from a “buy” rating to a “strong-buy” rating in a research report on Tuesday, February 4th.

GTT Communications (NYSE:GTT) last released its quarterly earnings data on Tuesday, November 12th. The technology company reported ($0.46) earnings per share (EPS) for the quarter, missing the Thomson Reuters’ consensus estimate of ($0.21) by ($0.25). The business had revenue of $420.00 million for the quarter, compared to analyst estimates of $425.70 million. GTT Communications had a negative return on equity of 13.24% and a negative net margin of 7.95%. The company’s revenue was down 6.4% compared to the same quarter last year. During the same period in the prior year, the company posted ($0.43) earnings per share. Equities analysts expect that GTT Communications will post -1.75 EPS for the current year.

See Also: What is a resistance level? 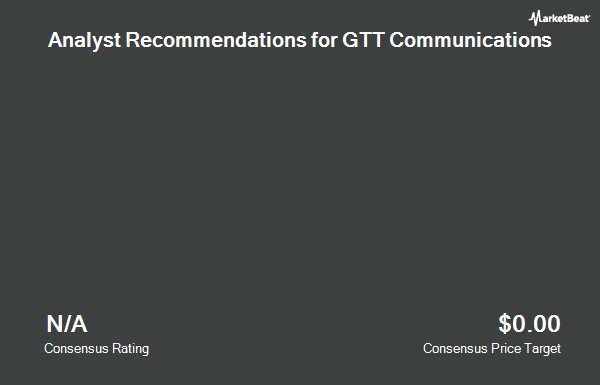