BHP Group (LON:BHP) had its price target cut by equities researchers at Jefferies Financial Group from GBX 1,650 ($21.70) to GBX 1,200 ($15.79) in a report issued on Thursday, ThisIsMoney.Co.Uk reports. The brokerage currently has a “hold” rating on the stock. Jefferies Financial Group’s target price would suggest a potential upside of 8.15% from the company’s current price.

Further Reading: How Important is Technical Analysis of Stocks 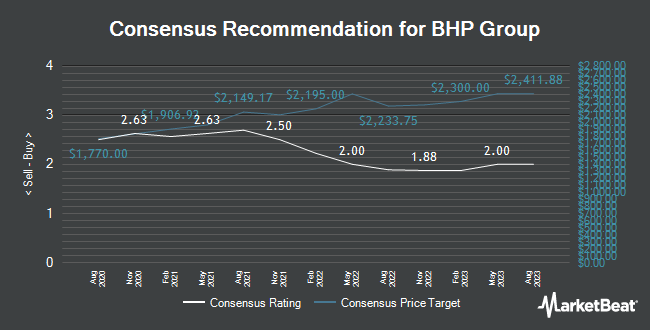