Prospect Capital Co. (NASDAQ:PSEC) COO M Grier Eliasek bought 100,000 shares of Prospect Capital stock in a transaction that occurred on Tuesday, March 24th. The shares were acquired at an average price of $4.82 per share, for a total transaction of $482,000.00.

Prospect Capital (NASDAQ:PSEC) last issued its earnings results on Monday, February 10th. The financial services provider reported $0.18 earnings per share for the quarter, hitting the consensus estimate of $0.18. The business had revenue of $161.92 million for the quarter, compared to analyst estimates of $155.84 million. Prospect Capital had a return on equity of 8.74% and a net margin of 20.47%. During the same period last year, the company posted $0.22 EPS. On average, equities research analysts predict that Prospect Capital Co. will post 0.72 EPS for the current fiscal year.

The company also recently disclosed a monthly dividend, which will be paid on Thursday, May 21st. Stockholders of record on Thursday, April 30th will be paid a $0.06 dividend. This represents a $0.72 annualized dividend and a dividend yield of 14.94%. The ex-dividend date of this dividend is Wednesday, April 29th. Prospect Capital’s dividend payout ratio is currently 84.71%.

Featured Article: How to interpret a stock’s beta number 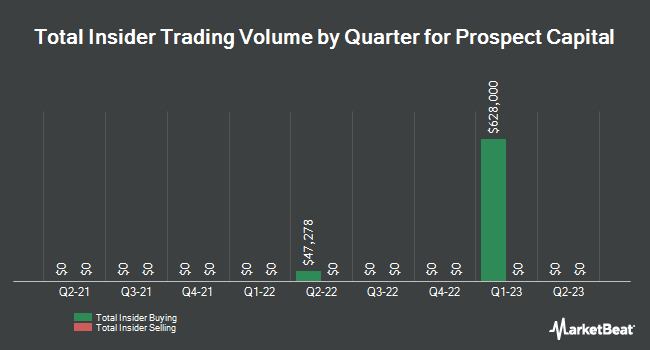