Zions Bancorporation NA (NASDAQ:ZION) had its price target hoisted by Wells Fargo & Co from $30.00 to $37.00 in a research report released on Friday, The Fly reports.

The company also recently announced a quarterly dividend, which was paid on Thursday, May 21st. Shareholders of record on Friday, May 8th were given a $0.34 dividend. This represents a $1.36 dividend on an annualized basis and a yield of 3.52%. The ex-dividend date of this dividend was Thursday, May 7th. Zions Bancorporation NA’s payout ratio is 31.41%. 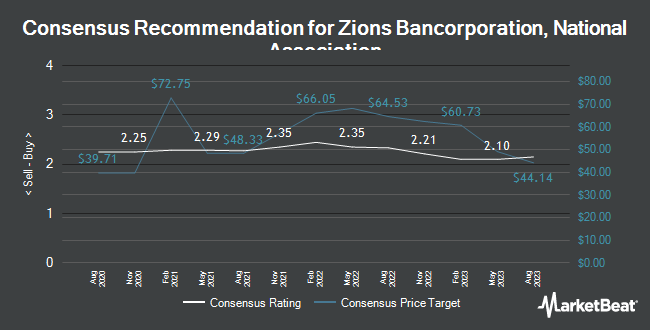