CAPSTEAD MTG CO/SH (NYSE:CMO) announced its earnings results on Wednesday. The real estate investment trust reported $0.18 EPS for the quarter, topping the consensus estimate of $0.15 by $0.03, MarketWatch Earnings reports. The company had revenue of $48.16 million for the quarter. CAPSTEAD MTG CO/SH had a positive return on equity of 10.14% and a negative net margin of 53.94%.

The company also recently declared a quarterly dividend, which was paid on Monday, July 20th. Investors of record on Tuesday, June 30th were issued a $0.15 dividend. This represents a $0.60 annualized dividend and a yield of 9.89%. The ex-dividend date was Monday, June 29th. CAPSTEAD MTG CO/SH’s dividend payout ratio is 120.00%.

Capstead Mortgage Corporation operates as a real estate investment trust (REIT) in the United States. It invests in a portfolio of residential mortgage pass-through securities primarily consisting of short-duration adjustable-rate mortgage securities issued and guaranteed by government-sponsored enterprises, or by an agency of the federal government.

Recommended Story: How to calculate the annual rate of depreciation 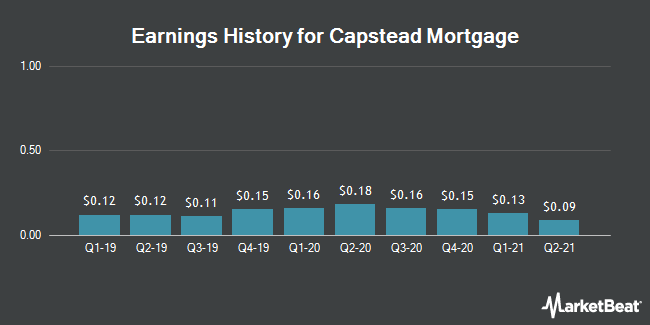