GRIFOLS S A/S (NASDAQ:GRFS) has been assigned an average rating of “Hold” from the thirteen brokerages that are presently covering the firm, Marketbeat Ratings reports. Four equities research analysts have rated the stock with a sell recommendation, three have given a hold recommendation and six have issued a buy recommendation on the company.

GRIFOLS S A/S (NASDAQ:GRFS) last issued its earnings results on Thursday, July 30th. The biotechnology company reported $0.35 EPS for the quarter, missing the Zacks’ consensus estimate of $0.37 by ($0.02). GRIFOLS S A/S had a net margin of 10.40% and a return on equity of 10.83%. The firm had revenue of $1.52 billion during the quarter, compared to analysts’ expectations of $1.46 billion. As a group, equities analysts forecast that GRIFOLS S A/S will post 1.29 earnings per share for the current fiscal year.

Featured Story: What is Liquidity? 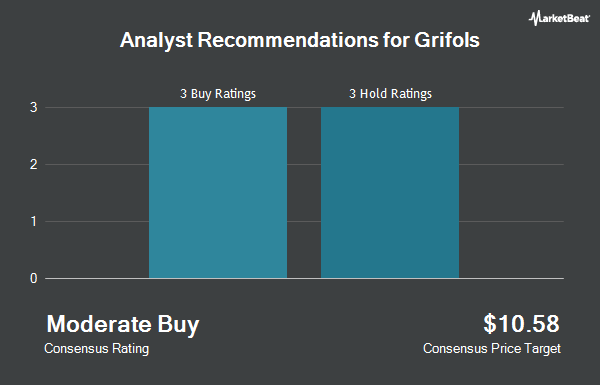