Citizens Financial Group Inc (NYSE:CFG) announced a quarterly dividend on Friday, October 16th, RTT News reports. Shareholders of record on Wednesday, October 28th will be given a dividend of 0.39 per share by the bank on Thursday, November 12th. This represents a $1.56 annualized dividend and a yield of 5.36%. The ex-dividend date is Tuesday, October 27th.

See Also: What does cost of debt say about a company’s financial health? 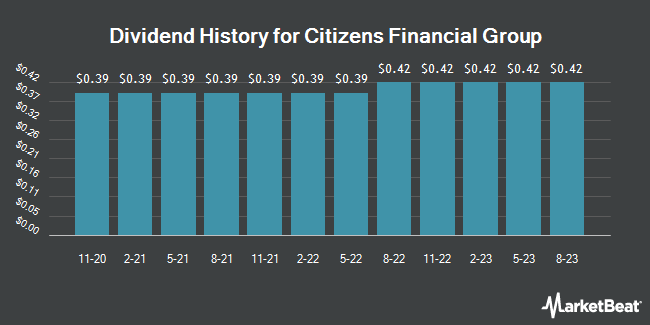